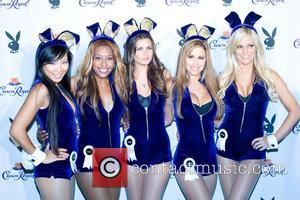 Ms Smith was found to be unresponsive in her hotel room in Florida overnight at and was pronounced dead just one hour later in hospital.

The blonde bombshell, born Vickie Lynn Hogan, was once called the "next Marilyn Monroe" for her voluptuous figure and styling herself on the troubled actress for the cover of Playboy magazine.

The actress and model rose to notoriety after her marriage to billionaire J. Howard Marshall in 1994 when she was 26 and the oil giant was aged 89. Mr Marshall died just over one year later and began a legal battle for Ms Smith for a portion of his fortune which ended in 2006.

It is believed that a post-mortem examination will be carried out today to determine the cause of death.

Playboy founder Hugh Hefner has expressed his sadness at the news of Ms Smith's death saying: "I am very saddened to learn about Anna Nicole's passing. She was a dear friend who meant a great deal to the Playboy family and to me personally."