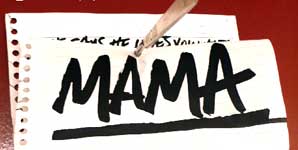 With only two limited edition single releases, Ben Drew AKA Plan B has already achieved a great deal. The boy has got something special going on and the anticipation for his debut album is huge with promo copies currently selling for upwards of Â£60 on Ebay.

The first full single release is Mama (Loves A Crackhead) is due to be released on July 10th. An autobiographical song, it’s a harsh and sad subject matter is juxtaposed against a strong hooky chorus and clever use of a Hall & Oates sample (Say No Go). With a video directed by Dawn Shadforth (Kylie, Oasis) this will be the single that takes Plan B from being an edgy, much talked about artist to the national airwaves.

Ben Drew was born in 1983 in Forest Gate, East London, where he still lives. His mother works for the local council while his father, who he hasn't seen since he was a small child, was in an experimental post-punk band called The Pope. His mother bought Ben his first guitar when he was 14 and he started writing songs.

Clearly a gifted lyricist he mixes his clever wordplay with plenty of hardcore hip hop influences, citing DMX, Necro, Mobb Deep, Nas, Eminem along with fellow UK hip hoppers like Klasnekoff and Skinnyman. But he also draws from a hugely diverse music history. The result is dark, angry, but also wryly funny zits and all look at young life in London, spat out by one of the most charismatic rappers to emerge on this side of the Atlantic.