Review of Mama (Loves A Crackhead) Single by Plan B 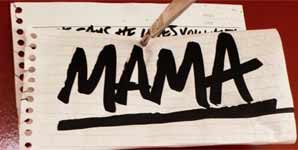 Most will have heard of Plan B or will do soon as the music industry is certainly getting behind him. Plan B is a London rapper who innovatively uses acoustic guitar whilst rapping to create a real earthy feel to his tracks.

However his raps are far from glossy. They are deep and edgy talking about dark social problems from a city perspective. 'Mama (Loves A Crackhead)' shows controversial lyrics about crack addiction and the problems on family life. It's quite tragic and hard hitting. The chorus hook borrows a line from Hall & Oates to good effect and it creates hip hop tune that has a lot to it.

Most hip hop heads knew that hip hop would eventually merge with guitar chords to create a more universal feel. The Fugees were already doing this and Whitey Ford created an album 'Whitey Sings The Blues' with this sound. So it's not as original as some kids would think however it is good and it works. Plan B can certainly sing as well as rap and he's coming from a genuine honest perspective. I'd certainly say this single has conviction and commercial appeal. He's the real deal and we are lucky to have him from our stable. UK hip hop continues to grow and evolve.