Plan B - The Defamation Of Strickland Banks Album Review

Review of The Defamation Of Strickland Banks Album by Plan B

It's been four years since the release of Plan B's popular first album 'Who's Needs Actions When You've Got Words'. I remember seeing Ben Drew AKA Plan B during his first tour and the notion of seeing/listening to a rapper playing acoustic guitar was certainly an original one; the music was progressive and the lyrics were edgy and provoking. His second album 'The Defamation of Strickland Banks ' has taken on a whole new direction and Mr B has created more of concept album that comes from an entirely different place to 'Who Needs...'. 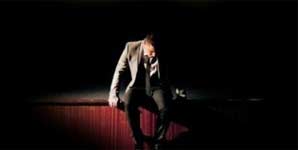 It seemed the majority of listeners of the first album were people wanting to get into hip hop and finally saw it as accessible to them through Plan B, fans appreciated Plan B and respected the artistry he created, so it seems a brave choice to change his style so much but shows Plan B as an artist trying new ideas.

Most will have heard the chart hitting singles 'Stay Too Long' and 'She Said', they're more Motown than hip hop (although some hip hop elements are still there) that for me is certainly influenced by Raphael Saadiq's latest album and ultimately Amy Winehouse. There's a coolness and decent delivery of soulful vocals; the whole album has songs rather than rants. Another highlight from the album is titled 'Free' the whole thing flows in a classic way and unexpectedly for a white kid from London 'Strickland Banks' does deliver the goods.

The Defamation Of Strickland Banks works as an album and shows the diversity of his abilities. Even though it's hugely different to the first album, it's easy to see people who appreciated B's first album getting into The Defamation and if it points 'wanna be rude boys' to soul then that's all good. For the musical establishment I think they could see genuine artistry here and considering he might do something completely different for the next album I feel they will be waiting with anticipation. It's good to see artists doing what they want rather than buying into the pressure of the industry so I say well done Mr B!