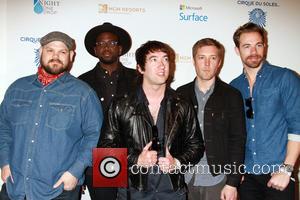 Lopez and Jenna Reeves wed in an intimate ceremony at the Santa Barbara Historical Museum on 4 July (15), his representative confirmed to People.com.

The pair, who both hail from Texas, met on 2012 reality dating show Ready For Love, which was produced by Desperate Housewives star Eva Longoria.

The show was cancelled, but Lopez and Reeves continued to date and they became engaged in December (14).