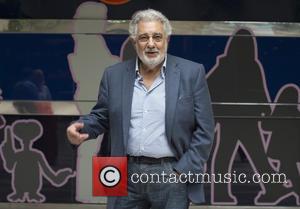 The 74-year-old tenor was hospitalised in New York last week (ends16Oct15) after experiencing intense pain and vomiting while rehearsing to conduct the Metropolitan Opera's production of Tosca.

Domingo has since had the surgery and is expected to be released from the hospital in a few days.

"(The) surgery went very, very well," a spokesperson for the singer says. "He is recovering satisfactorily and we expect that he will be discharged in the coming days."

He is expected to return to the Tosca production on 6 November (15).