Review of Song to say Goodbye Single by Placebo 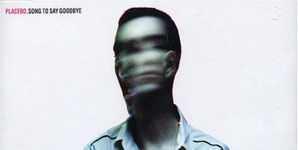 'Song to say Goodbye' from Placebo's latest release 'Meds' is perhaps one of the best arguments for the "if it's not broke don't fix it" philosophy. Still, resentful and lamenting over past lovers, Brian Molko's trademark whiny vocals are as bitter as they were ten years ago and though, musically the band has obviously progressed since their eponymous 1996 debut there sounds is still as recogniseable.

Despite all this it's still a great single, catchy enough to get you hooked on the first listen with lyrics that get better with each play. "Song To Say Goodbye" is unlikely to bring many new members to the Placebo fan club but if they're already your cup of tea then drink up!