Review of Infra-red Single by Placebo 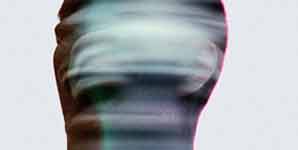 It's been a decade since the band once known as Ashtray Heart came to prominence, and this single is taken from the trio's "Meds" album that was released earlier this year. A staple name of the festival circuit, you can catch them this year at Isle Of Wight, T In The Park, Oxygen, and Carling Weekend.

Built on a simple scaling riff, "Infra-red" sees the band at their best. A mid-tempo rocker, it utilises distortion to create a wall of sound that drills into your skull. The euphoric chorus insists on head banging, led by a vocal performance from Brian Molko that oozes intent – it should go down a storm at their festival shows.