Placebo - For What Itâs Worth Single Review

Review of For What Itâs Worth Single by Placebo

Review of Placebo's single 'For What It's Worth' 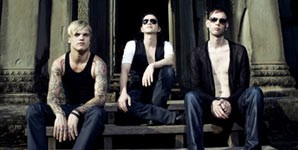 Placebo's last release was way back in May 2006, so fans have been waiting for a while, and their appetite has been whetted with the latest entrée - 'For What It's Worth'. And it is an entrée indeed, at just under 3 minutes which includes Tetris style interlude, its radio friendly and its typical Placebo, or is it.

It's simple and effective and Molko's lyrics are typically dark 'For what it's worth, I nearly died / I have a slow disease that sucked me dry' although Placebo's gothic direction seems to have dwindled slightly during their break, an inclusion of a subtle brass section..

Whilst I liked the track, for me it provided no great shakes, but as with everything Placebo produce, their goth fan base will take it for what it is and eat it up. It was probably the right choice of starter for their pending main course album.