Review of Battle For The Sun Album by Placebo

Review of Placebo's album Battle For The Sun 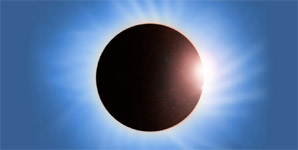 The gothic Placebo return with unbelievably, their sixth album, is it that many already? There are not many bands that remain so popular for so long to be able to release six albums. This album 'Battle For The Sun' is the first album from the slightly new line-up, with Steve Forrest now on the drums.

The trio is still fronted by the enigmatic and effervescent Molko, so everything is the same there then but what about the music. well 'Battle For The Sun' shows off a slightly different sound to Placebo. The guys seem to have gone for a more produced and larger sounding album that will most likely give it an appeal to wider ranging audience and earn them some new fans. The guys have branched out in the way of instrument usage with trumpets, emo sounding keyboard riffs and Tetris style samples, softening or dampening the usual gothic sound, depending on how you look at it.

Tracks like the punk infected 'Ashtray Heart', the rocker 'For What It's Worth' and the stadium sounding 'Julien' with its string section and dance floor intro are some of the stand out tracks on the album. The title track has some nice guitar work and slow tempo drumming, and until Molko's vocals enter would make you believe its QOTSA, which picks up tempo building into a driving head-nodder. The lads start to show their age on 'The Never Ending Why'. and why? Well, it has good old fashioned trumpets on there and a xylophone no less!

This is undoubtedly the key to both Placebo's change in sound and to their continued success. The gothic grungers know that they can't keep churning out the exact same style and sound of music. It has been shown by many bands over the years that in order to stay popular, both the existing fans need to be kept happy whilst continuing to pick up new younger fans along the way. And, I think Placebo have done this intelligently, not shifting their roots, jut inflecting them to give them a fresh, modern sound.

Maybe the album doesn't have as many classic sounding tracks like 'Without You I'm Nothing' and although the new album is a slight shift from the normal Placebo sound, if the die hard fans believe it is Placebo, then the album is bound to work. or will it?

If it doesn't; then take two or three listens and you should be hooked within a couple of days.