British singer-songwriter PJ Harvey is to be honoured with a special accolade at the upcoming NME Awards on February 23. 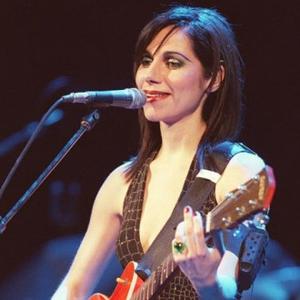 PJ Harvey will be presented with the Teenage Cancer Trust Outstanding Contribution To Music prize at the NME Awards.

The British singer-songwriter - who won the Mercury Prize in 2001 - will receive the evening's top honour at the music magazine's annual ceremony on February 23.

PJ - real name Polly Jean Harvey - is pleased her fans are still interested in her music after more than 20 years in the business.

She said: "It seems like a long relationship now because it's been over 20 years. But I'm really glad people are still interested in what I'm doing and are still finding it important!"

The 41-year-old musician follows in the footsteps of the likes of The Specials and Elbow, in winning the special award.

NME editor Krissi Murison insists PJ's "unique and unrivalled" contribution to music made her a clear choice for the accolade.

She said: "Despite her willingness to experiment and push herself to artistic extremes, PJ Harvey is no fringe act. She has played to giant crowds at the world's leading festivals, received praise from many music legends and won a Mercury Prize for a million-selling album.

"In short PJ Harvey is a true artist, able to challenge and entertain, provoke and thrill. Her contribution to music is unique and unrivalled and NME is proud to pay tribute to her with this special award."