There were some nice surprises in cinemas this year, with thoughtful thrillers, quality blockbusters, exhilarating franchise reboots and twists on familiar genres...

10. A Girl Walks Home Alone At Night
An Iranian vampire movie shot in California, this super-cool black and white comedy-thriller is witty, scary and sexy. It's also so original that it takes the breath away.

9. Inside Out
Pixar triumphs again with this inventive look inside the mind of a young girl struggling with her emotions. It's colourful, hilariously silly and also the kind of movie that can make grown men cry.

8. 45 Years
Charlotte Rampling and Tom Courtenay are simply wonderful in this sensitive exploration of a long-term relationship shaken by a simple revelation. Beautifully written and directed by Andrew Haigh (Weekend).

7. Sicario
Emily Blunt storms through this edgy thriller set on the Mexico-US border. It's a skilful, provocative film that features fine support from Josh Brolin and Benicio Del Toro as tough guys Emily has no trouble keeping up with.

6. Room
Told with a bracing mixture of skill and emotion, this drama stars Brie Larson as a young woman rescued from a seven-year kidnapping. It's hugely involving, insightful and deeply moving.

4. Tangerine
The sassiest, sharpest most disarmingly engaging movie of the year. A comedy-thriller about tranny hookers in Hollywood on Christmas Eve. Happy holidays indeed!

3. Star Wars: The Force Awakens
J.J. Abrams carries on the story in fine style, mixing drama with high adventure. And in Daisy Ridley and John Boyega, he finds terrific young leads to take the story even further.

2. Carol
Cate Blanchett and Rooney Mara are simply perfect in this pungent exploration of unspoken, forbidden longing. Set in 1950s New York, it's also the most exquisite looking film of the year. 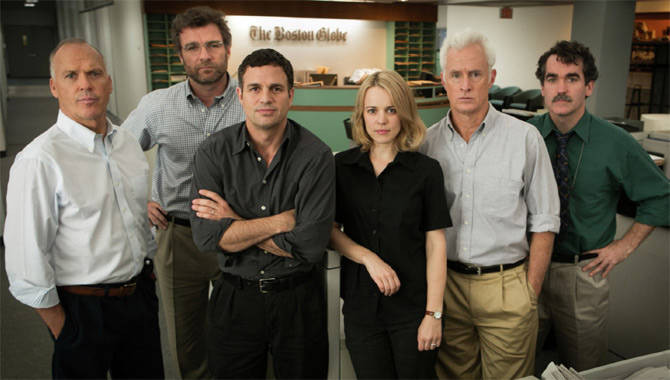 And here are five runners-up: Ex Machina (inventive and brainy sci-fi), Creed (the best Rocky movie in decades), The New Girlfriend (smart and sexy exploration of gender identity), The Falling (moving and quirky British arthouse gem), The Salt of the Earth (the year's most powerful doc).