Pitbull To Perform With Carlos Santana At Latin Grammys 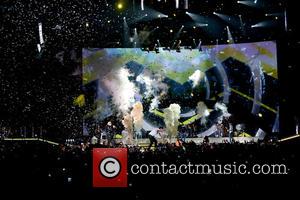 Latino superstars Pitbull and Carlos Santana are set to team up for an electric performance at the Latin Grammy Awards.

The two stars' set at the MGM Grand Garden Arena in Las Vegas on 20 November (14) will be one of many collaborations on the night, including the Tv debut of Pepe Aguilar and Miguel Bose.

Actress Jacqueline Bracamontes will co-host the event, which will air live on America's Univision network. The telecast will be distributed internationally to more than 80 countries.