Pitbull Can't Wait For The Chance To Perform In Cuba, Insisting Such A Gig Would Be A "Dream" For His Family. 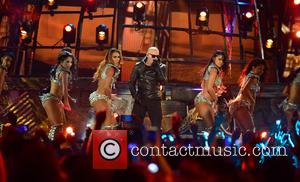 Now U.S. leaders have relaxed embargoes with Cuba, allowing stars to plan concerts there after a decades-long ban, the Florida-based entertainer is looking forward to performing in Havana, where his family once lived.

"To be able to enjoy that, I can't even put that in words to be honest with you, but it's gonna happen (and) it's going to be historical.

"It's going to be three or four million people watching, saying, 'Look what he did with the opportunity of freedom, just imagine what you guys are gonna be able to do'."