The 30 year-old was joined by her younger brother James, as the pair attempt to complete a 3,000 mile journey, passing through twelve states, in eight days to reach Annapolis, Maryland. 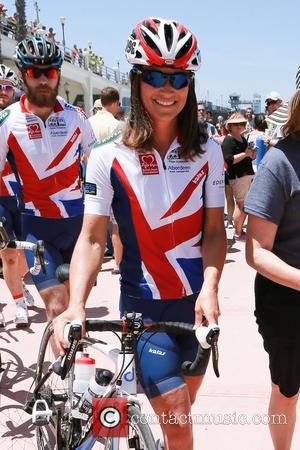 Pippa Middleton and her brother James, the siblings of Duchess of Cambridge Kate Middleton, have set off on a gruelling bike ride across the US.

Representing Britain, the pair are in team of eight that set off from San Diego, California, on Saturday (June 14th), in a cross country race for charity.

And to make sure the gathered crowd new where they were from, Pippa and James sported their very patriotic cycling outfits, which had the British flag printed on the front.

The aim of the race is to ride 3,000 miles, passing through twelve states, in eight days to reach Annapolis, Maryland.

The sibling pair are joined by multiple team and solo riders in the 33rd annual Race Across America charity event.

Their aim is to raise money for the British Heart Foundation, which Pippa was recently announced as the charity's newest ambassador.

The 30 year-old released a statement on becoming involved with the foundation, via its official website.

"I was shocked to learn that nearly three times more women die from coronary heart disease than breast cancer," Kate Middleton's younger sister said. "I'm passionate about raising awareness amongst women of this killer disease and I look forward to working with the BHF to highlight to women the risks of heart disease and importantly, how the can reduce them."

Pippa is also going to participate in another challenging sporting event, all in the name of charity, which she explains on her JustGiving Foundation page.

"Shortly after this, we will be heading over to Istanbul to take on the Bosphorus Cross-Continental Race. This 6.5km historical swim crosses two continents - Europe to Asia, across one of the world's busiest shipping lanes. We are taking on these two overseas sporting challenges to raise money for two charities that are very close to our hearts."

She continued, "We're passionate about raising awareness of this killer disease and money raised from these challenges will go towards funding the British Heart Foundation's life-saving heart research. The other charity we're supporting is the Michael Matthews Foundation. Mike tragically died descending the summit of Mount Everest. The Foundation helps to provide education to children all over the world. Mike's brother James, is part of our team." 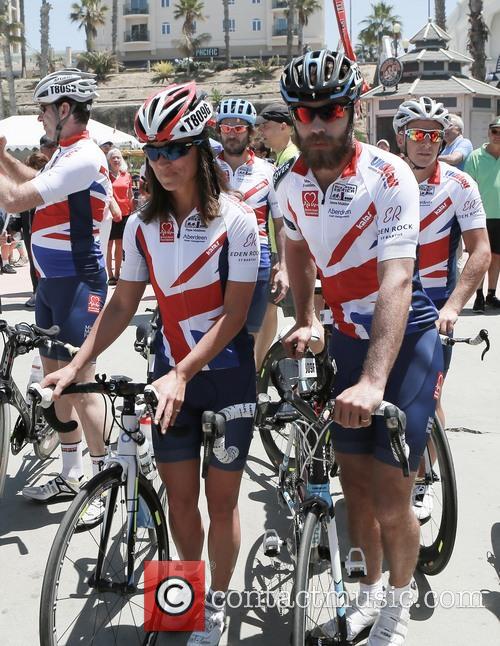