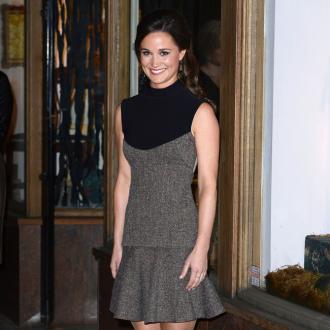 The 28-year-old party planner - who is the younger sister of the Duchess of Cambridge - has enjoyed a string of dates with 37-year-old James Matthews in recent weeks and friends say their relationship is going ''from strength to strength''.

An onlooker at London's Hakkasan restaurant, who saw the couple on a recent date there, said: ''Pippa and James sat in a secluded booth in the upstairs area, where it was quieter, sharing a bottle of white wine.

''They were deep in conversation and only had eyes for each other.

''Pippa was all smiles and kept ­giggling. They stayed for nearly three hours and didn't seem to want the meal to end.''

Pippa - who has been largely single since splitting from Alex Loudon last November after three years together - had been focusing her attentions on her new book 'Celebrate: A Year of British Festivities for Families and Friends' but now the party guide has been released, she is ready to love again.

A friend told the Sunday Mirror newspaper: ''Pippa is quite taken with James. She wants to take things slowly at first but she is ready for a full-time man in her life again.''

James is the older brother of Spencer Matthews, who stars on UK reality TV show 'Made in Chelsea'.