'Heartfelt' comes four years after her first cookbook, which was ridiculed for its incredibly obvious party planning tips.

Pippa Middleton, the sister of the Duchess of Cambridge, was widely mocked for her first book four years ago with its painfully obvious tips for party planning. Now, she’s risked ridicule once more by admitting she’s not even made some of the recipes in her new cookbook, ‘Heartfelt’.

In a new interview with the Daily Mail this week, the 33 year old sometime-columnist spoke about the new cookbook, published to raise money for the British Heart Foundation and containing more than 100 recipes approved by the organisation’s dietitians as being low in salt and sugar. However, she admitted that there are some she hasn’t made yet…

“I would like to say I have made every single one, but I have definitely done a good 80 per cent of them,” she revealed. “I made a lot of the dishes at home.” 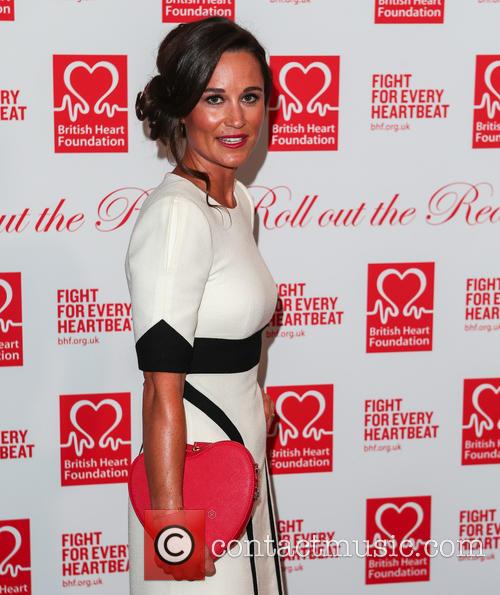 It comes after a significant gap since her last book, ‘Celebrate’, which was published in 2012 on the back of a £400,000 advance and earned Pippa quite a lot of criticism for its extremely obvious content about how to throw a party, which included such golden nuggets of advice as playing ‘pass the parcel’ at kids’ parties and recommending having barbecues in the summer.

Looking back, Pippa admitted in the new interview that she “hadn't earned the right” to author such a book at that point in her life – but insisted that she hadn’t used a ghost writer to do so.

“I believed in it and can't blame anyone else, but maybe it might have been better if I had waited a bit longer before doing it.”

Middleton, of course, first came to prominence at the Royal Wedding in 2011 when her bottom became an object of national fixation. It’s been slightly difficult for her to become famous for anything else since, even though she’s written columns for several newspapers and has branched out into the business world.

She addressed this in the new interview, and expressed frustration at the public’s perception of her that she’s “without any substance”.

“I guess it's become the new normal for us [the Middleton family]. It means there are factors we have to weigh up and think about, but we try not to let it affect us,” she said. “I try not to be too sensitive about things because it's just a bit of life I have to deal with. But I would be lying if I said it didn't affect me.”

“People see me as someone privileged who has used my position to advantage; that I don't really work, that I am a ‘socialite’ - that word really irritates me - and that I'm a party girl without any substance,” she added.

More: Mary Berry seems to diss Delia Smith with ‘Cooking For One’ remark