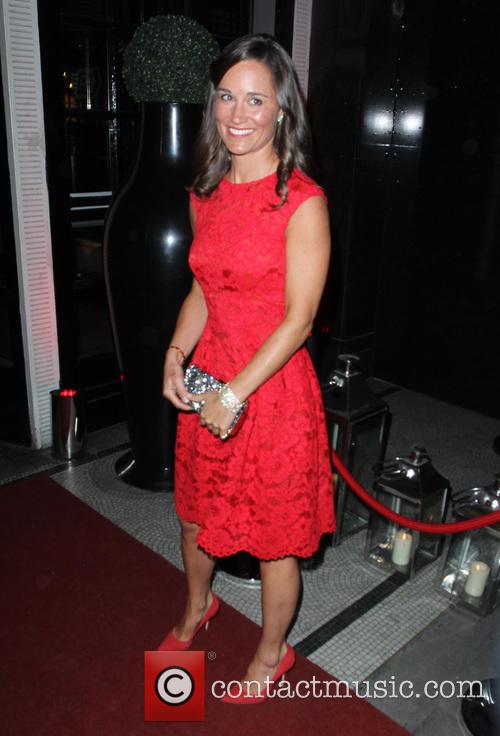 "We dined on smoked whale carpaccio (which tastes similar to smoked salmon but looks more like venison carpaccio)," Middleton wrote in her column for the Telegraph.

Two prominent animal rights groups have criticised 31-year-old Middleton for eating the meat and so casually writing about it in a national paper. The WDC and PETA have both issued statements following the publication of Middleton's article on Tuesday (14th April).

A spokesperson for the WDC, the Whale and Dolphin Conservation, described Middleton's actions as "disappointing" especially as she is a "high profile" figure and as commercial whaling has been banned since 1986, although Norway and Japan choose not to honour the ban.

WDC's spokesperson, Vanessa Williams-Grey, further explained how cruel whaling is as the methods used are grenade harpoons which fail to kill whales instantaneously.

"This is really disappointing news, particularly as Pippa is so high-profile, and given how active her brother-in-law, William, is on speaking out against poaching and wildlife crime," Williams-Grey said. "Commercial whale hunting is banned, the UK government backs the ban and for good reason. Killing whales is cruel, there is no humane way to kill them and many are slaughtered using brutal harpoon grenades."

A spokesperson for PETA also commented. Speaking to E!, Elisa Allen, the associate director of People for the Ethical Treatment of Animals U.K, expressed her horror at Middleton's actions.

"Pippa is not known for common sense or compassion, but it still beggars belief that anyone, let alone someone from a country like ours, where whale meat has long been banned, could be oblivious to the uproar over Norway's slaughter of these gentle giants," Allen said.

"Does she think or read? What's next, a panda steak or an elephant canapé? These whales are harpooned and bled to death before they're gutted," Allen continued before suggesting other culinary experiences Middleton should have tried whilst in Norway.

"If Pippa is looking for a culinary experience, some of the best high-end vegan food-recently named by Forbes magazine as a top food trend-can be found in Norway, and it's good for the heart, an organ Pippa seems to lack."