Hear Pink Cover 'White Rabbit' For The 'Alice: Through The Looking Glass' Soundtrack

Pink has reworked the Jefferson Airplane classic for the upcoming sequel, which sees Alice return to Wonderland.

Singer Pink is preparing to venture down the rabbit hole, for the soundtrack to sequel Alice: Through the Looking Glass, which hits theatres on May 27th. The film’s soundtrack promises to be just as quirky and fun as the movie itself, with Pink not only contributing an original song, but also covering one of pop’s most trippy 60's classics. 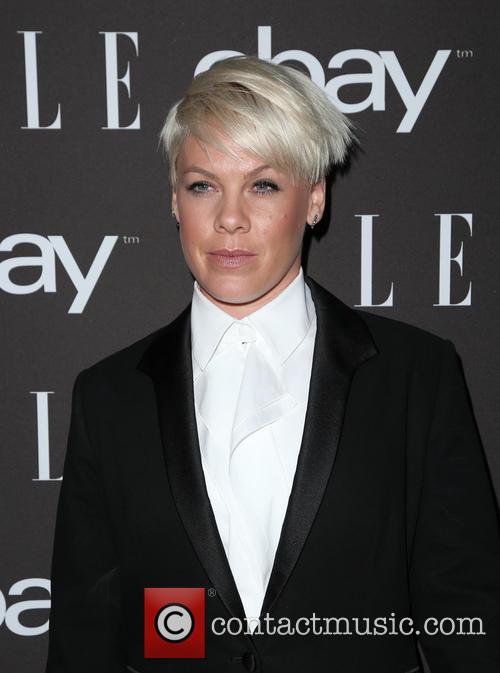 Pink features on the soundtrack to Alice Through The Looking Glass.

On the Alice: Through The Looking Glass soundtrack, Pink reworks Jefferson Airplane’s 1967 hit ‘White Rabbit’. The psychedelic track takes it’s inspiration from both Lewis Carroll’s tales of Alice and the fantastical world of Wonderland and fits perfectly with Tim Burton’s hyper-surreal vision of Carroll’s classic work.

More: Judge Rules That Taking Your Child To A Pink Concert Cannot Be Considered Bad Parenting

“I like quirky I like weird and this movie is one of the more quirkier, creative stories,” Pink explained. The singer also wrote and recorded a completely original song for the movie, something she’s really excited about. “Thats one of the more exciting things I've done in my life,” she added.

“This movie is going to really inspire imagination and it's going to be a fun experience. I think fans are going to love it.” The song will be Pink’s first new material since her 2014 folk album with Dallas Green, Rose Ave.

Through the Looking Glass sees Mia Wasikowska’s Alice return to Wonderland, but this time she’s in more peril as the Red Queen has found herself a dangerous new ally. Behind the camera this time is The Muppets director James Bobbin, while Tim Burton is still on board as producer.

Helena Bonham Carter is also back as The Red Queen, with Anne Hathaway as The White Queen and Johnny Depp as the charmingly eccentric Mad Hatter. Sacha Baron Cohen also joins the cast as Time, a half-clockwork, half-human who has the ability to travel back and forth through different time periods. The film also features the final role of Alan Rickman, who sadly passed away earlier this year.

Watch the trailer for Alice: Through The Looking Glass below: