Pink wants to write a 'signature song' for her father.

Pink wants to write a ''signature song'' for her father. 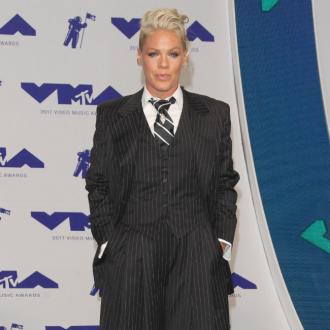 Pink wants to write a ''signature song'' for her father.

The 38-year-old singer released her debut album 'Can't Take Me Home' in 2000, but despite boasting almost two decades at the helm of the music business her father, Jim Moore, still thinks his daughter has got some work to do and needs to make more hit records.

Speaking to Metro newspaper, Pink - whose real name is Alecia Beth Moore - said: ''My dad says I haven't written that signature song, so I'd like to do that for him.''

But the 'Just Give Me A Reason' hitmaker has got high expectations to meet as her parent only ever listens to music legends Billy Joel and Sir Elton John who release a hit track every time they create a song.

She continued: ''He listens to Billy Joel and Elton John ... every f***ing song they bring out is a signature song.

''Apparently, I haven't done that yet. I have to work on my writing skills.''

Pink is known for putting on an unforgettable performance when she takes to the stage, and though she has flown through the air during previous shows, she has vowed never to be blown out of a cannon.

She explained: ''I've been asked twice and it's still being suggested. They just know that I'm an idiot and I'll do whatever ... other than being shot out of a cannon.