Pink hosted an archery party for her husband Carey Hart to mark his 40th birthday and has revealed he loved it so much he may continue with the sport as a hobby. 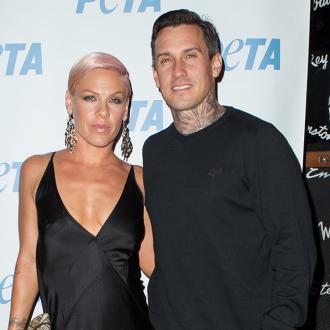 The singer's spouse Carey Hart reached the landmark age on July 17 and to mark the special occasion Pink organised an unconventional event which saw guests get to grips with a bow and arrow.

The party hit a bullseye with guests and the 'True Love' hitmaker has recommended her Twitter followers give archery a try.

In a post, she said: ''Anyone lookin for a bday idea for their partner - throw an archery party. Super fun. (sic)''

Pink, 35, has hinted her hubby enjoyed the sport so much he is going to carry on shooting arrows.

Pink - who has four-year-old daughter Willow with the off-road truck racer - has become a less active Twitter user in recent months.

The pop star's reason for being a less enthusiastic tweeter is she is sick of the abuse she receives from some followers on the social networking site.

Discussing her opinion of trolls, she recently said: ''I think people have gotten it wrong. They think their opinion matters and holds weight, and I don't know where or why they're giving themselves so much credit, you know? So I thought it was important for me to remind them that I don't care. My life is full, I like to live. We're doing all right in the Hart household.''