Pink Soldiers On With International Tour Despite Both Kids Being Unwell

Global popstar Pink is in the middle of an epic 128-day international tour with fans flocking from all over the world to see her show. But the superstar hitmaker still continues to prove why she’s one of the most popular singers in the business: because she’s so relatable. 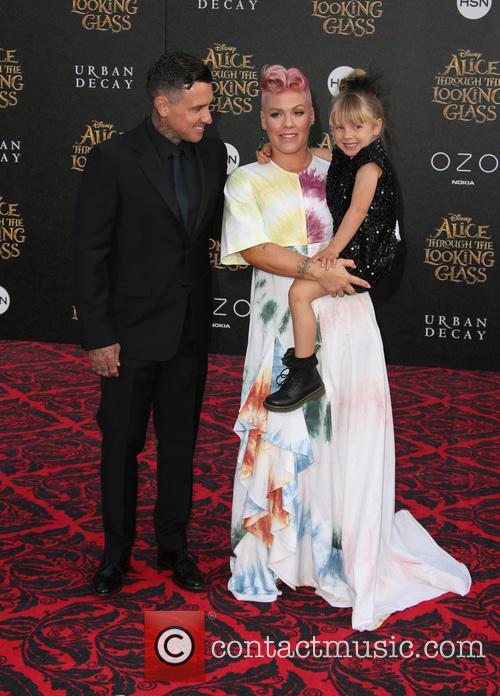 Pink and her husband, Carey Hart with seven-year-old daughter, Willow

Taking to Instagram on Tuesday, the motocross rider revealed their son was suffering with hand, foot, and mouth disease, while their daughter with a high temperature - yet he lauded his wife for 'pushing through' and taking the stage.

The 43-year-old father-of-two also revealed an uncomfortable moment he and his sick son had to endure when a woman stared at the horrific rash little Jameson is sporting because of his illness.

Carey penned the caption: "Wanna know how glamorous tour can be? Jameson has hand, foot, and mouth; and willow has a 102 temp. Both kids laid up and mama still has to push through and do shows...

"I had Jameson at breakfast yesterday and this vile woman at the table next to us kept staring at him with a shitty look on her face. I told her it was bed bugs."

MORE: Pink Cancels Another Sydney Date As She Recovers In Hospital

Pink started her epic tour in March this year and will finish in May 2019 - but will have her family following her on most of her journey.

Carey first shared the shot of Jameson sitting in his nappy, while coated in the painful rash.

Hand-foot-and-mouth disease, or HFMD, is a virus most common in children under age 10, and often under age five.