Pink is back in the studio

Pink took to her Instagram account on Thursday (30.03.17) to reveal she is back in the studio following the birth of her son Jameson. 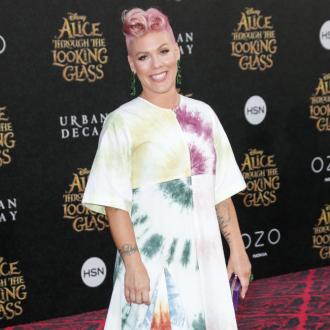 Pink is back in the studio.

The 'Just Give Me A Reason' hitmaker took to Instagram on Thursday (30.03.17) to share a video of her in the studio following the birth of her son Jameson three months ago.

Sharing a clip of the song on their Instagram account, Stargate wrote: ''Setting fires with @pink and @siathisisacting! hit that link in the profile to pre-save our new song #Waterfall to your @spotify #whoisstargate (sic)''

Meanwhile, Pink - who also has five-year-old daughter Willow - is thrilled to be a mother to two lovely children and has been doing all she can to stop her daughter feeling jealous of her baby brother including holding a party to celebrate Willow becoming a big sister.

She explained: ''He's delicious. I literally put Jameson down when she walks in the room. [Willow is] a little weepy these days so we're working it out.''

And her husband Carey Hart previously revealed Willow was ''over the moon'' about having a sibling.

''I told her, 'Look, he or she is not going to be able to use it for a while - but they'll be ready for it' ... Right now, she's very excited, until they start taking her toys and breaking her stuff, and then we'll see how it goes.''