Pink Floyd's new album 'The Endless River' is set to shock fans with its ''spacey'' vibe. 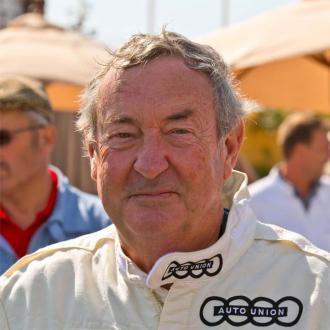 The iconic rock group - consisting of Nick Mason and David Gilmour - are set to release 'The Endless River,' their first record since 1994, in October but fans are likely to be shocked by the hotly anticipated LP.

An insider told The Sun newspaper: ''It's not what fans will necessarily expect. The other songs, which David has worked on with (drummer) Nick Mason, are lengthy instrumentals rather than straight-up rock.

''It's beautiful but not exactly 'Another Brick in the Wall' or 'Wish You Were Here.' It's very spacey.''

The album will feature unreleased material from 1994 recording sessions with late keyboardist Richard Wright, who died of cancer in 2008.

The insider explained: ''It's got lots of keyboards from Rick so you can see why the band are calling it his swansong. The track that Gilmour recorded vocals on will be the band's last-ever real song. It's a proper epic and a fitting farewell.''

Hopes that the band might tour again were shot down when Rick died six years ago, and it appears the 'Comfortably Numb' hitmakers aren't keen on doing a farewell tour either.

The source added: ''It would probably be the highest-grossing tour in history if they reunited with Roger Waters. But Gilmour just won't have it. This album really is the end of Pink Floyd -- for ever.''