Pink Floyd drummer Nick Mason has mourned the future of his band's record company, EMI, which was taken over on Tuesday (01.02.11) by banking firm Citigroup. 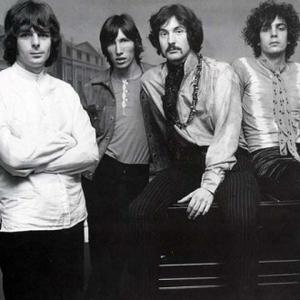 Ownership of the psychedelic band's record label passed to banking firm Citigroup on Tuesday (01.02.11), meaning The Company that previously owned it, investors Terra Firma, are no longer in control and parts of the business are likely to be sold off.

Terra Firma, led by financier Guy Hands, took over in 2007, buying the label for £4.2 billion - which it now believes was more than it was worth.

Pink Floyd - who are no longer active as a group - have spent their entire career with the record company, signing in 1967, and Nick said he's always been glad to be part of its "family".

He told the BBC Radio 6: "There's something very sad in a way about a company that - I remember it in 1967 when The Beatles were the big stars on the label, and it was fantastic to be a part of that family.

"I await the outcome [of the takeover] with interest.

"I think it very unlikely that Citibank are going to take a number of their smartest boys and start running a record company.

"It will almost inevitably will be sold on somewhere else. It may well be broke up a bit with publishing sold and record studios sold."

Nick, 67, added that the company being taken over is a symptomatic of how fast modern business moves, and how quickly things can change.

He added: "The passing of anything like that, like talking about the passing of the British motorcar industry, it is really sad, it is extraordinary in the 21st century how quickly big companies can be destroyed or broken up or whatever the march of business or industry or whatever runs at such a pace."