A Week In Music – Rihanna Disappoints, Cee-Lo Green And The Muppets Get Us In The Festive Spirit, The Rolling Stones And Paul McCartney

Albums of Note... Rihanna’s seventh studio album, Unapologetic has been met with a mixed response and our reviewer reckons the Barbadian pop star phoned this one in. As her career becomes more of a marketing cash cow than an artistic endeavour, so her albums impress less and less.

Of course, there is also the ‘elephant’ that seems to appear in every room Rihanna walks into… an elephant known as ‘Chris Brown.’ He makes an appearance on the album, duetting with RhiRhi on a track called ‘Nobody’s Business.’ “Fun: it's something that's lacking a lot in this album, Unapologetic rattling on machine-like but with very little given away to the spirit of enjoyment… She doesn't have to feel apologetic for anything, but what's more concerning is that Rihanna doesn't seem to feel anything anymore, something all too apparent on this turgid LP.”

Continue reading: A Week In Music – Rihanna Disappoints, Cee-Lo Green And The Muppets Get Us In The Festive Spirit, The Rolling Stones And Paul McCartney

By Andy Peterson in Music Reviews on 10 December 2012

It feels weird calling music old skool when it's little more than two or three years in the can, but dubstep's blitzkrieg colonisation of popular culture means that anybody taking even a glance backwards can find the view like a lost world. 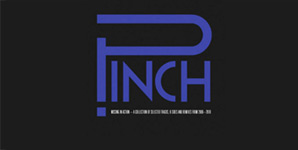 Pinch - aka Rob Ellis - can probably have more justification than most in claiming a major part in the genre's incredible rise from metropolitan underground to the mainstream. From Bristol - importantly the twin epicentre of this explosion alongside South East London - his Tectonic label has released work by a host of the movement's pioneers including Skream, Benga and Flying Lotus. What's possibly less widely acknowledged is his role as a remixer/producer, a personal injustice that MIA 2006-2010 should go a long way towards addressing.

It's been a long time coming as well, after his début - 2007's Underwater Dancehall - was released to critical approval. Given the limitations of the compilation format, there are plenty of things MIA could've been - disjointed, unfocussed and subject to fluctuations in quality - but it's testimony to Ellis' talents that all of these pitfalls are avoided. Arranged in chronological order to appease the 'spotter nature of its potential audience, the hand-picked contents are full of enough tics and self-expression to keep everyone interested.  Opener Qawwali drips with all the archetypes we've become so familiar with from the movement; stuttering rhythms, gut wrenching sub bass, and a synthesised air of menace and regret.