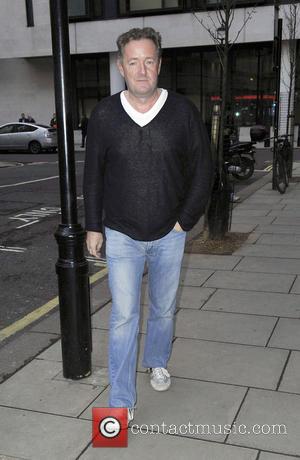 British newsman Piers Morgan was given a nasty fright on Friday night (15Feb13) when his baby daughter was admitted to hospital with a fever.

The former newspaper editor, who presents a nightly talk show in America, is currently back in his native Britain filming his Piers Morgan's Life Stories series, but the trip took a frightening turn when 14-month-old Elise fell ill.

Morgan and his wife Celia Walden called an ambulance to their home, and the youngster was admitted to hospital for treatment.

Doctors concluded Elise was just suffering from a high temperature and sent her home, but Morgan has now revealed he was furious when he received complaints from his neighbours about the ambulance.

He tells Britain's The Sun newspaper, "I had to take my 14-month-old baby daughter to hospital on Friday night. It was nothing serious but she had a temperature... The moment the ambulance arrives someone was knocking on my door. I answered it and there was a man from my village and he said, 'Excuse me but has that ambulance got something to do with you because the lights are flashing.' I said, 'Yes' and he said, 'Can you get them to move?' and I said, 'What...?'"