After Spencer Morgan sided with Rowling in the hilarious Twitter spat between her and his dad, Piers semi-seriously (hopefully) said he was cutting him out of his will.

Piers Morgan’s headlong crusade to get himself noticed continues apace, with his own son getting in the crossfire of the Twitter spat between him and ‘Harry Potter’ author Jk Rowling this week.

While his father and the famous author were arguing on Twitter about whether Morgan has actually read any 'Harry Potter' books – he claimed last week never to have written a word, despite having written an entire column about it several years ago – Spencer Morgan shared a handful of photos seeming to signify that Piers is a bigger fan than he’s letting on. 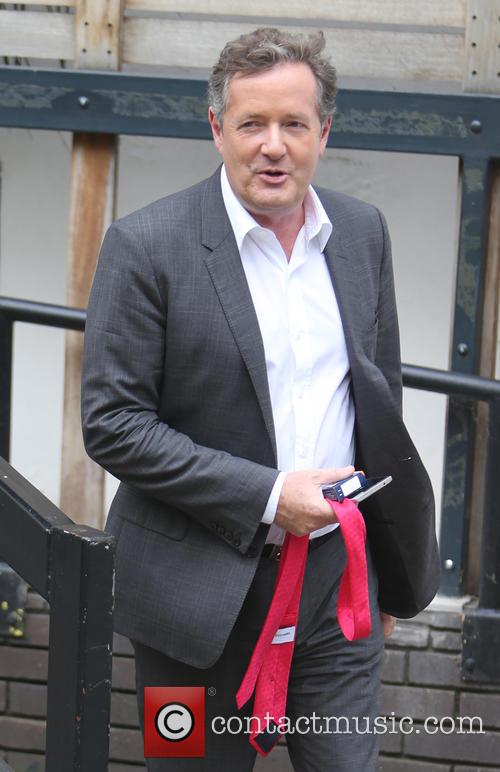 The pics included a Deathly Hallows symbol tattooed on his bicep, of himself holding a Gryffindor scarf while standing outside a model of Hogwarts, and waiting to go into the ‘Cursed Child’ play.

One more can't hurt, can it? @piersmorgan pic.twitter.com/sKQ17bw5bp

Following Spencer’s decision to side with Rowling, Morgan made a possibly semi-serious jibe. “My son will be sorrier, I just cut him out of my will,” he struck back, taking the bait. Ouch!

Meanwhile, onlookers have been enjoying the entertaining social media spat between Morgan and Rowling, with the latter generally considered to have delivered the knockout blow earlier this week.

“Just been sent this! Could the writer let me know who he is? I'd love to thank him!” Rowling wrote on Tuesday (February 14th) with an embedded picture of a glowing article praising her sales and influence.

Just been sent this! Could the writer let me know who he is? I'd love to thank him! #Valentines pic.twitter.com/OQtbxPD6AL

Morgan immediately snapped back that the article was “priceless humblebrag BS”, adding that “nobody plays the celebrity game more abusively or ruthlessly than you, Ms 'Intensely Private Billionaire'.”

Which would have been rather sharper if Morgan hadn’t written it himself in 2010. Huh-BURN!

More: Piers Morgan gets wiped out on Twitter after insane “Men’s March” comments