Piers Morgan was 'gagged' by his 'Good Morning Britain' colleague Susanna Reid as they appeared at the NTAs - for which Reid was cheered.

The increasingly controversial Piers Morgan was booed as he and his ‘Good Morning Britain’ colleague Susanna Reid appeared at the National Television Awards to present a prize last night – although Susanna joked that she had “gagged” him as he appeared with a black band across his mouth.

“It's been a controversial week on ‘Good Morning Britain’. We've had tears, we've had tantrums – we've even had a walkout,” Reid told the audience after she took to the stage with Morgan. “So I've done what people have been urging me to do for some time… I've finally gagged Piers Morgan. Just enjoying this moment.”

It came a couple of days after Morgan had become a trending topic on social media after he criticised the Women’s March that happened at the weekend against Donald Trump’s presidency.

In turn, this led to T2: Trainspotting star Ewan McGregor refusing to appear on ‘Good Morning Britain’ at the last minute earlier this week because of Morgan’s stance.

Morgan then wrote a column in the Daily Mail calling McGregor a “paedophile-loving hypocrite”, giving him both barrels for his support of Roman Polanski and asking him how it squared with his support for the Women’s March.

More: Piers Morgan gets wiped out on Twitter after bizarre ‘Men’s March’ comments

“We're in a bizarre world where things happen and social media goes nuts,” Morgan replied to a reporter who asked him about the spat with McGregor on the red carpet earlier that evening. 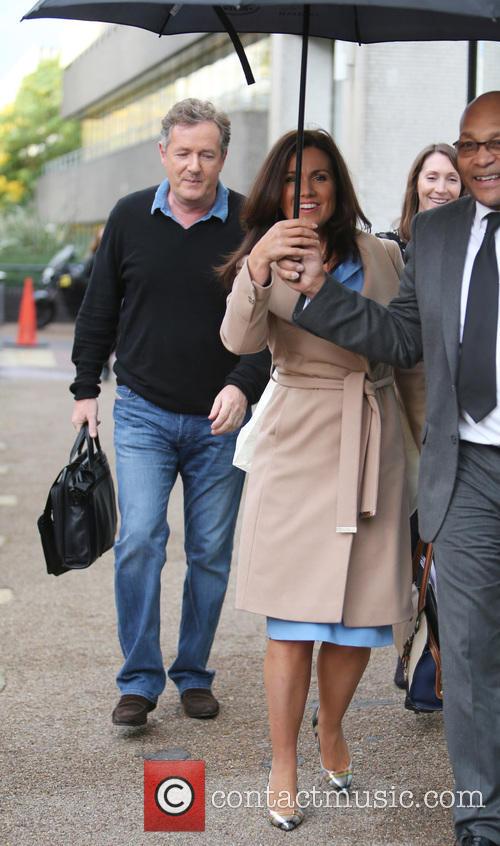 “But, look, I like to debate things with people. I have an opinion and people are of course entitled to theirs, but if they don't like what I've got to say then let's have a debate about it. His behaviour was very odd. We weren't even gonna mention the women's march. Come and have it out with me, I say - be a man, Ewan!”

Meanwhile, at the National Television Awards themselves, ‘Emmerdale’ beat ‘EastEnders’ to best serial drama, sinking the BBC show’s hopes of a hat-trick of wins, while Ant & Dec won the best presenter award and Graham Norton was acknowledged for a 20-year career with a Special Recognition Award.