"It's been a painful period and lately we have taken a bath in the ratings," says Piers Morgan about his CNN show, which is likely to be taken off air next month. 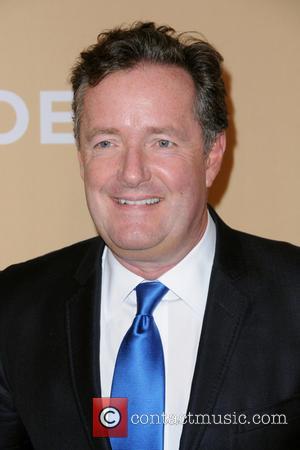 CNN and Piers Morgan are bringing an end to their partnership after three years, which began when the 48 year-old took over from Larry King in the valuable 9 p.m. primetime slot.

But the network isn't garnering the rating figures it would have hoped, and has therefore decided to pull the plug on Morgan's show, The New York Times reports.

CNN's President Jeffrey Zucker and Morgan have had several discussions on the program being unable to connect to the American viewers and have decided to air the last show in March.

Morgan told the NY Times, "It's been a painful period and lately we have taken a bath in the ratings."

"Look, I am a British guy debating American cultural issues, including guns, which has been very polarizing, and there is no doubt that there are many in the audience who are tired of me banging on about it," he said.

"That's run its course and Jeff and I have been talking for some time about different ways of using me."

Morgan has no doubt left his mark on American television as he gained an unfavourable reputation when talking about such topics as gun control, in which he believes should be banned across the country.

The television network also confirmed the cancelling of the show to Politico, as Allison Gollust, head of CNN communications said, "CNN confirms that Piers Morgan Live is ending. The date of the final program is still to be determined."

The former 'Britain's Got Talent' judge also told the newspaper, "I think I can credibly do news and the ratings reflect that, but it is not really the show that I set out to do."

Adding, "There are all kinds of people who can do news here. I'd like to do work - interviews with big celebrities and powerful people - that is better suited to what I do well and fit with what Jeff is trying to do with the network."

A date for the final episode has not yet been announced.