Hollywood star Pierce Brosnan has revealed he would welcome a gay James Bond - but has cast doubt on whether it'll ever happen. 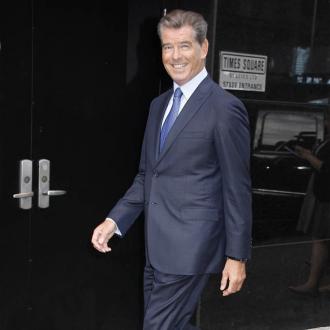 The 62-year-old actor - who starred as the iconic secret agent in four films from 1995 to 2002 - has claimed that although creating a version of the character with homosexual leanings would ''make for interesting viewing'', it's unlikely to happen any time soon.

Asked if he could picture a gay Bond, Pierce said: ''Sure. Why not?

''Actually, I don't know how it would work. I don't think [producer Barbara Broccoli] would allow a gay Bond to happen in her lifetime. But it would certainly make for interesting viewing.''

Pierce suggested it's more likely Bond will be played by a black actor - and he volunteered the name of Idris Elba.

He told Details: ''Let's start with a great black actor being James Bond.

''Idris Elba certainly has the physicality, the charisma, the presence. But I think Daniel [Craig] will be there for a while yet.''

Earlier this year, Idris dismissed speculation linking him with the role of Bond, saying the constant rumours had ruined his chances.

He admitted: ''It's a rumour that's really started to eat itself. If there was a chance of me getting Bond, it's gone.''