Pierce Brosnan Witnesses His Malibu Home Go Up in Flames

The Irish actor's ocean-front luxury home took $1 million worth of damages in a house fire on Wednesday night (Feb 11th).

Although it must have looked like a movie set, there was nothing fake about Pierce Brosnan helplessly watching his Malibu home take serious damage in a fire on Wednesday night (Feb 11th), which caused an estimated $1 Million worth of damages. 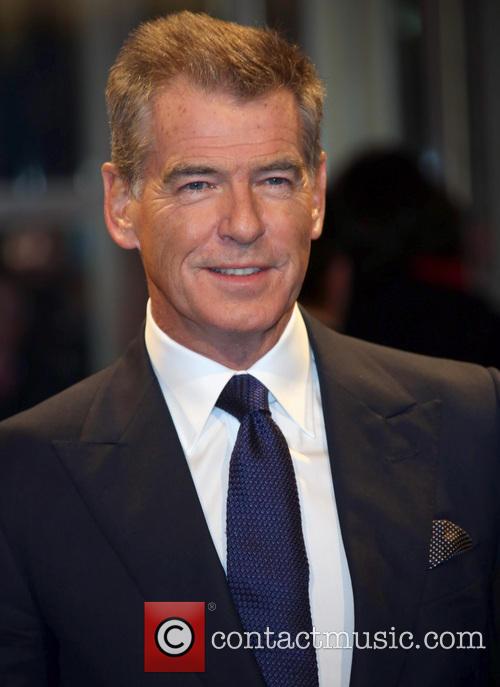 Brosnan's Malibu home was severly damaged by a fire

According to KABC, around 50 Los Angeles County firefighters responded to the blaze at 9:48 p.m., which first broke out in the garage of the property. The fire was contained and extinguished within 35 minutes, and before it spread to the main part of the house.

Luckily, Brosnan and his family evacuated their home safely after a smoke detector alerted them of the fire, and no other injuries were reported. A video of the incident was uploaded to YouTube by a witness late on Wednesday evening.

Whilst the cause of the fire is not yet known, arson investigators from the Los Angeles County Sheriff's Department are currently at the scene trying to determine how it was started.

Brosnan, who will have to spend around $1 million to repair all damages, lives on one of Malibu's most exclusive beachfront drives with his wife, Keely Shaye Smith. His 13,000 sq ft home is apparently worth around $18 million.

More: Nobody Knows Why Pierce Brosnan's New Movie Is Called 'The November Man'

According to NBC Los Angeles, when a reporter asked Brosnan what was happening as the fire was burning through his garage, the 61-year-old star replied, "What do you think is going on?"

Pierce, who is most well-known for his stint as James Bond, became a household name after starring in the 1980s television series 'Remington Steele.' He last appeared in the 2014 spy thriller 'The November Man.'