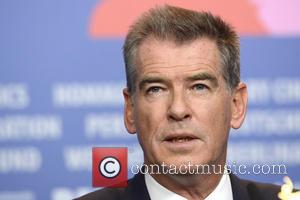 Irish actor Pierce Brosnan turned to religion to help him through the pain of his adopted daughter's death last year (13).

The actor has now revealed his religious upbringing helped him deal with the family tragedy.

He tells German newspaper Bild, "My faith has always helped me. I'm Catholic. That's all you have left when your heart is just a dark hole at four in the morning and you have the weight of the world on your shoulders. No one can escape life's pain. That's life."