Pierce Brosnan spoke about the devastation of losing his wife Cassandra and daughter Charlotte to ovarian cancer in a new interview with Esquire.

Pierce Brosnan has opened up about the lasting effect that personal tragedies have had upon his life, having lost both his wife and daughter to ovarian cancer.

“I don’t look at the cup as half full, believe me,” he told Esquire in a new interview. “The dark, melancholy Irish black dog sits beside me from time to time.” 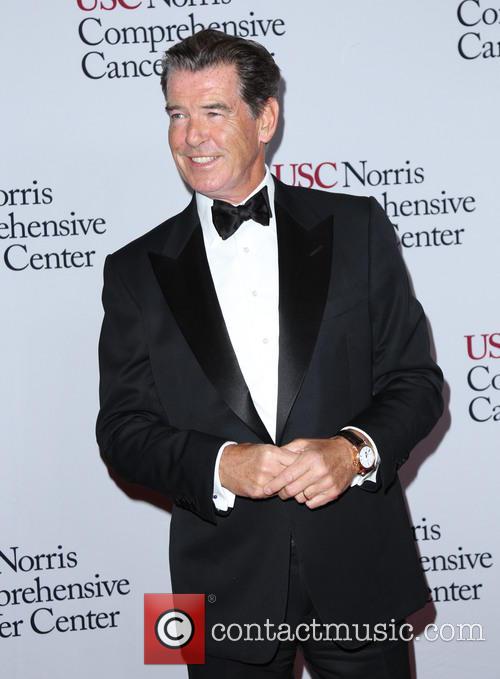 Pierce Brosnan at the USC Norris Cancer Care Gala in 2015

Following Cassandra’s death aged 43, Brosnan married his current wife Keely Shaye Smith in 2001, with whom he has two sons: Dylan, 20, and Paris, 16. He also has a son, actor Sean Brosnan, 33, with his late wife and had adopted her two children, Charlotte and Christopher, 44.

Brosnan, the fifth 007 and star of four Bond films, was speaking as part of the promotional campaign for his new AMC series ‘The Son’, which begins this weekend.

Furthermore, he spoke of the difficulties he faced raising his children given that he never knew his own father, Tom, who left the family shortly after Pierce was born, after which his mother moved to London.

“I know what it’s like to bring up sons and it can be a very arduous road,” he revealed. “My fatherly instincts are purely my own. They relate back to no one, because there was no one.”

He also told how he met his father when he was 31 and filming in Ireland: “I only met Tom once, I had a Sunday afternoon with him. A story about this and that, a few pints of Guinness, and we said goodbye. I would have loved to have known him. He was a good whistler and he had a good walk. That’s as much as I know about him.”