Pierce Brosnan Missed Out On Batman

Pierce Brosnan Lost The Chance To Play Batman In Tim Burton's Acclaimed 1989 Blockbuster After Making A Flippant Comment About The Caped Crusader's Attire. 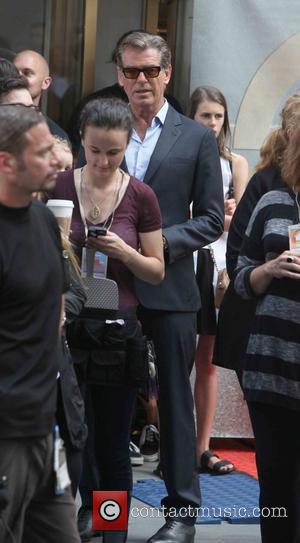 The former James Bond star has revealed he was in the running to play Batman in the star-studded superhero movie, but he couldn't take the costume seriously - and that irked filmmaker Burton.

Brosnan tells Entertainment Weekly, "It was the beginning of these huge movies, and I just thought, 'Batman?' Batman held such an indelible place in my own childhood, but I said something flippant to Tim Burton, like, 'Any guy who wears his underpants outside his trousers cannot be taken seriously'. So yeah..."

The role eventually went to Michael Keaton, who also returned for a sequel.