Pierce Brosnan does not miss playing James Bond and has no desire to return to the character in the future. 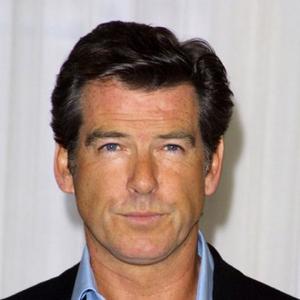 Pierce Brosnan has no desire to play James Bond again.

The 56-year-old actor - who appeared as the iconic British spy in 'GoldenEye', 'Tomorrow Never Dies', 'The World Is Not Enough' and 'Die Another Day'before being replaced by Daniel Craig - insists he loves the projects he is currently involved with and wouldn't want to return to the action franchise.

He said: "I enjoyed my time as Bond, but I don't miss him. I don't have any desire to do Bond again.

"I love who I am as an actor right now."

However, the 56-year-old star admitted he may not have the physical capabilities to star in the movies anymore anyway.

He explained to Reveal magazine: "I'm aware of my lack of stamina, particularly working with a young cast on 'Remember Me' with Robert Pattinson, the latest heart-throb.

"Things do rattle and shake at times, but that's the challenge of life anyway."

Pierce has previously admitted he doesn't think he "nailed" playing the iconic spy as well as he could have because he couldn't stop thinking about other actors' portrayals of him.

The actor - who took over the role from Timothy Dalton - said: "It was one of those things I always struggled with. I never felt that I really nailed it.

"There was always a hint of Sean Connery and Roger Moore that was so indelible in my own mind."