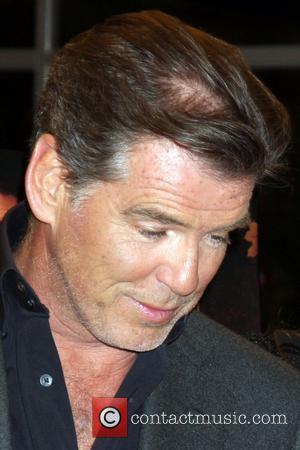 Picture: Pierce Brosnan The Los Angeles premiere of 'The Greatest' held at the Linwood Dunn Theatre at the Pickford Center for Motion Study Los Angeles, California...

Pierce Brosnan knew his days as Bond were numbered after Matt Damon became the most popular spy at the box office through his BOURNE franchise.
The Irish actor rejuvenated the 007 series in the mid-'90s with his debut in the British spy franchise's Goldeneye. He went on to play the suave secret agent in a further three films.
But following the release of Paul Greengrass' 2002 movie The Bourne Identity, starring Damon as Jason Bourne, Brosnan knew cinema-goers were ready for a new style of spy thriller.
He spent a boozy night with director Quentin Tarantino discussing how to bring Casino Royale to the big screen - but Bond bosses decided to go with Daniel Craig for the 2006 film instead.
Brosnan tells Empire magazine, "That wasn't meant to be. But we (Brosnan and Tarantino) had a great night. I could hardly walk. I had to call a driver up because I could just about put one foot in front of the other. He walked out of the door and then got into his Pussymobile and drove away. He's a champion lad, Quentin... Yeah, it wasn't meant to be for him, or for me.
"Once Paul Greengrass let Matt Damon out of the door in such an epic way, the spy genre turned on its head and my time was done. Because then you have a younger man there, and how are you going to move forward? And they (Bond bosses) couldn't. If they were to do Casino Royale, they couldn't do it with me. Choices were made. The decisions were drawn in the sand - albeit a little late in the day."