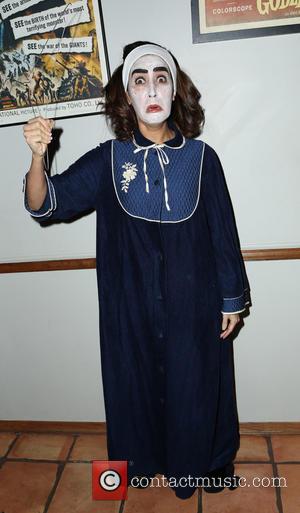 Rockers Phoenix had to postpone two shows in their native France this week (begs11Nov13) after frontman Thomas Mars experienced problems with his voice.

The illness prompted the band to axe a gig in Lyon on Thursday (14Nov13) and another in Nantes on Friday (15Nov13) as doctors advised Mars to rest his vocals.

The 1901 hitmakers are due to continue their European tour in Toulouse on Saturday (16Nov13), although it is not yet known if that show will have to be pulled too.

The members of Phoenix's supporting act Haim took to their Twitter.com blog on Friday to send their best wishes to Mars, writing, "Really bummed these last 2 Phoenix shows were canceled (sic)... Sending Thomas lots of good vibes so his voice gets better! See you in Toulouse."

It's not the first time Mars' vocal issues have forced the cancellation of shows - the singer fell sick in September (13), resulting in the group bowing out of a planned performance at London's iTunes Music Festival.