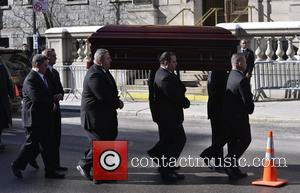 A jazz musician arrested in connection to Philip Seymour Hoffman's death pleaded guilty to a drug possession charge in a New York court on Thursday (28Aug14).

Robert Vineberg, also known by his stage name Robert Aaron, was one of four people taken into custody following a police raid in New York as part of an investigation into the Capote star's drug overdose death earlier this year (Feb14).

Cops allegedly found 300 bags of heroin in Vineberg's home, and on Thursday he took a plea deal offer of five years probation, 25 days of community service and agreed to take a drug treatment programme, according to the New York Daily News.

He also agreed to forfeit the $1,284 (Gbp755) which was seized during the raid on his apartment. If he violates the agreement he faces up to eight years in prison.

Vineberg will be formally sentenced on 14 October (14).