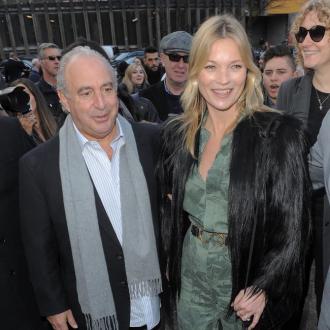 The Topshop boss claims the British supermodel has remained at the top of her game for over 20 years because she understands how to best market herself and remain in-demand.

He told the London Evening Standard newspaper: ''The bottom line is this: she manages herself well. She's been smart, she understands the fashion business, she doesn't go talking everywhere. And she hasn't run off and put her name on everything.''

Kate is set to launch her next collection for the retail giant this spring, almost four years after her last collaboration came to an end, and Green can't contain his excitement.

He teased: ''The campaign images are the best we've ever had... She's tried on every single piece.''

The fashion mogul's daughter Chloe Green appears to be following in his footsteps by designing her own shoe line.