There's an intriguing true story buried inside this overly structured drama, and by playing by simplistic screenwriting rules the filmmakers make everything trite and predictable. Fortunately, the cast is much better than the material, and they bring their characters to life with jaggedly engaging interaction and some resonant emotion.

The story centres on Sam (Pine), a fast-talking New York salesman who is in big trouble professionally. So when his estranged father dies in Los Angeles, it gives him a chance to escape. He heads off to see his mother (Pfeiffer) and find out what he has inherited. But the lawyers hand him a bag of cash that he has to give to smart 11-year-old Josh (D'Addario), whose barmaid mother Frankie (Banks) is the half-sister Sam never knew he had. Without revealing his identity, he worms his way into Frankie and Josh's life. But the Feds are catching up with him, and Frankie is about to learn who he really is.

This is one of those films that hinges completely on the characters' inability to talk to each other. So one honest conversation at the beginning would make this a very short movie! But no, the screenwriters force everything into an unnatural formula that completely undermines the genuinely interesting things going on. Even so, the actors manage to hold our interest, mainly due to some terrific chemistry. At the centre, Pine nicely holds his own in scenes with the wonderful Pfeiffer and Banks, while D'Addario proves to be a young actor to keep an eye on. Meanwhile, side characters add texture, most notably Duplass as a neighbour with the hots for Frankie, and Wilde as Sam's frazzled girlfriend.

Sam is a successful salesman in his twenties who is dire need of a plan after he loses an $84,000 sale to debt. The loss comes at the same time he is informed of his estranged record producing father's sudden death. After reluctantly flying home to LA for the funeral, he is informed that his father left him $150,000 that he must deliver to his long lost sister Frankie who he never knew even existed, and her difficult pre-teen son Josh. Sam develops a close bond with Frankie and Josh and is shocked to learn that his father left Frankie's mother to be with his own mother.

By Rich Cline
Excellent
Films about cancer aren't generally this funny. And while this movie isn't a comedy, beyond its generous dose of realistic humour, it has a smart, personal script that dares to face a difficult situation head on. And the light tone makes it hugely involving.

By Chris Barsanti
OK
It's one of those nightmare scenarios of which feel-good stories are made: Dan Foreman (Dennis Quaid), middle-aged family man and top sales guy at a big, Sports Illustrated-like magazine, gets thrown for a loop when his company is bought and he gets demoted to make room for Carter Duryea (Topher Grace), some whiz kid half his age. Oh, and his daughter wants to transfer from SUNY to the much more expensive NYU. Oh, and that night when he gets home, his wife tells him she's pregnant. At first it seems that In Good Company is not going to go for the feel-good resolution in which lessons are learned, lives are improved, and everybody fades into a happy sunset... but then it does, and it's hard not to feel cheated.

Whatever else may be said, this film is the work of consummate professionals, and that doesn't mean it's soulless but competent hackwork. Writer/director Paul Weitz showed with his wonderful, glowing adaptation of Nick Hornby's About a Boy that he could tell heartwarming stories that didn't insult the mind and could inject just enough acidity into a romance to keep a movie from flopping into a messy, Love, Actually-style mess. The directing and writing here are superbly crisp, and one really couldn't ask for better performances, both from the stars and supporting cast.

By byline1.gif
Bad
The original "Amityville Horror"bored critics in 1979, but created a box office bonanza and spawned sevensequels.

Now the studios have commissioned a straight-ahead remake.After all, why go to the bother of writing new stories, or for that matter,coming up with material for another sequel? This way no one needs to thinkof anything at all.

Written by Scott Kosar (the 2003 "Texas Chainsaw Massacre"remake), the new "Amityville Horror" begins in 1974 with a flashbackto the catalyst murders, steeped in darkness and lit by intermittent, flickeringflashes of lightning.

A year later, the Lutz family moves into the creepy housewith the big eye-like windows. George (RyanReynolds) is the second husband of Kathy (MelissaGeorge), who has three children from a previous marriage. 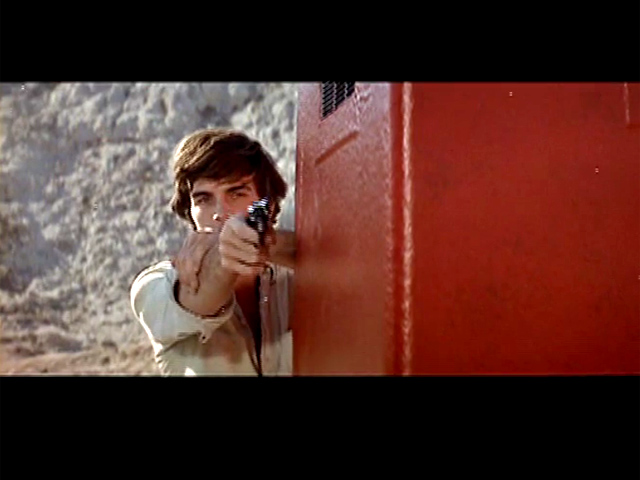