The 'Grange Hill' movie will take a "realistic" look at education in Britain as it is now, according to creator Phil Redmond. 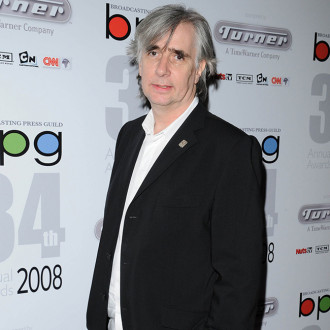 The 'Grange Hill' movie will take a "realistic view of what education is like now".

The iconic school drama - which was known for tackling hard-hitting issues such as drug addiction and teenage pregnancy over the course of its 30-year run on the BBC - is being revamped for a film adaptation and creator Phil Redmond has promised that it will remain "realistic."

He said: "You just go out as honestly as you can and try to reflect society as it is, try to be as truthful as you can within the bounds of fiction and do the research properly. One of the things I’ve always done is work with great young teams to actually deliver the vision. So we’ll just take a look at the way Britain is now, and not the way policymakers would like us to think it is. We will take a realistic view of what education is like now and what that means to kids going through it."

The 72-year old screenwriter - who is also behind long running Channel 4 soap 'Hollyoaks' - went on to discuss the controversy that 'Grange Hill' caused at the time, claiming that it stemmed from showing "real kids" with "real working-class accents."

Speaking on BBC Breakfast, he explained: "Really what the controversy boiled down to was that we were showing real kids with real working-class accents on the screen. It wasn’t particularly the issues itself; it was that we were actually changing that perception that children’s television should all be Secret Garden and Enid Blyton."

Over the course of its run, 'Grange Hill' helped launch the careers of future 'EastEnders' star Todd Carty - who played ne'er-do-well Tucker Jenkins and 'Once Upon a Time' star Sean Maguire.

The film adaptation of ‘Grange Hill’ is slated for release in 2023.