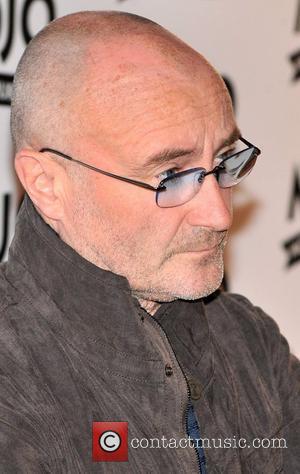 Former Genesis rocker Phil Collins will never play the drums again - after years of performing left him with an agonising spinal injury.
The 58 year old made a name for himself due to his skills on the drums, playing the instrument during his years with Genesis, before releasing solo material, including percussion-heavy hit In The Air Tonight.
But due to his talents, the star has slowly been causing devastating damage to his spinal cord - and admits it is too painful to even pick up the sticks now.
He tells Britain's Daily Mirror, "I've got a condition that means I can't play any more. After playing drums for 50 years, I've had to stop.
"Obviously, I'm very sad about it. My vertebrae has been crushing my spinal cord because of the position I drum in. It comes from years of playing. I can't even hold the sticks properly without it being painful."