Collins fell and struck his head in his hotel room in London this week, which has caused him to cancel his two Royal Albert Hall shows.

Collins sustained a gash to his forehead after reportedly falling over a step on his way to the bathroom of his hotel room in London this week, an injury that required surgery when he arrived at hospital.

He has been forced to cancel the remainder of his current residency at the Royal Albert Hall this week, with the shows on Thursday and Friday (June 8th-9th) postponed and set to be re-arranged for some point in November this year. 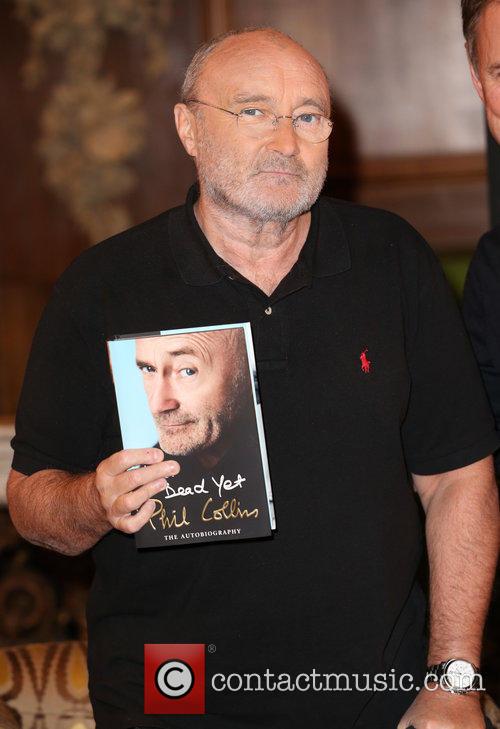 Phil Collins signing copies of his book in October 2016

“Phil is in a bad way with his head in bandages. He is conscious and talking, but he is frustrated and upset about having to cancel in his gigs,” a source close to the 66 year old rocker told The Sun.

“He is keen to get out performing again as soon as possible, but the fall was quite nasty and he needs time to heal and rest up. He is struggling with his limited mobility as he has loved being on stage these past few days. He is currently still in hospital.”

An official statement by a spokesperson for Collins on Thursday (June 8th) read: “We unfortunately have to announce that Phil Collins’ performance at the Royal Albert Hall in London will be postponed… Phil suffers from ‘drop foot’ as a result of a back operation which makes it difficult to walk. He rose in the middle of the night to go to the toilet and slipped in his hotel room, hitting his head in the fall on a chair.”

This refers to the back surgery Collins underwent in the recent past, which has allowed him to perform live once again with the help of a cane and a chair – he recently performed his first gigs in a decade – but has affected his ability to walk.

“He was taken to hospital where he had stitches for a severe gash on his head close to his eye and is recovering well. He will be kept under observation for 24 hours. Phil sends his sincere apologies and thanks to fans. He has had a fantastic week at his first shows in ten years, cannot thank people enough for their warm reaction and is excited to return.”

More: Something in the air? Phil Collins performs with Questlove on ‘Jimmy Fallon’