Phil Collins Is Parting With His Alamo Artefacts

Phil Collins appeared in San Antonio, Texas on Thursday (26th June) in order to announce his donation of more than 200 artefacts from the Battle of the Alamo. The former Genesis drummer appeared at the Alamo and explained his reasons behind his generous donation.

The Generous Phil Collins Is To Donate His Large Alamo Collection To Texas.

Phil Collins has donated his large collection of Texas Revolutionary artefacts to a museum dedicated to the Battle of the Alamo. The 56-year-old British musician appeared on Thursday (26th June) in San Antonio in order to announce his donation of more than 200 artefacts to the Battle of the Alamo and Texas Revolutionary Shrine.

The Battle of the Alamo, which occurred in 1836, centred on a small garrison of 250 Texan troops attempting to defend the recently acquired 'Mexican Texas'. 1500 Mexican troops attacked the garrison and, despite their valiant efforts, the Texan troops were overwhelmed. A mere 50 of the 250 Texans garrisoned survived whilst an estimated 400 Mexican soldiers lost their lives.

More: She's not just Phi Collins' daughter, but who is Lily Collins?

Collins' collection is considered one of the largest private collections of Texas Revolution artefacts in the world. Whilst the artefacts range from objects as large as a rifle owned by Davy Crockett and muskets used by the Mexican soldiers, smaller items include a receipt for the sale of a saddle used by a messenger who went for reinforcements, breaking through the Mexican lines. 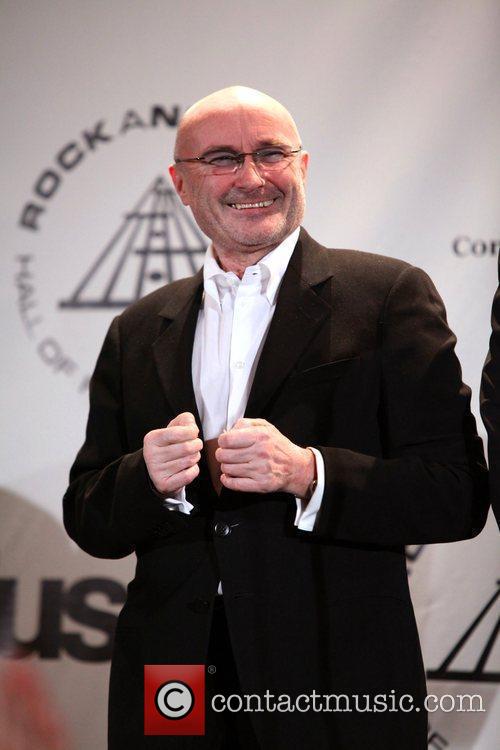 Phil Collins is a generous man.

Collins joked about his obsession with the battle and the Texas Revolution, claiming he'd spent "all the money that I made from music" on the collection. Although the AP estimates the collection is worth millions, Collins refused to discuss how much the artefacts are worth. Collins said "being British, we don't talk about that kind of thing." He also appears to have promised to continue buying artefacts to add to the collection, saying "once I've lived with whatever I buy for a month, I'll ship it over here."

Collins' donation has also prompted the State of Texas to reconsider the Shrine and museum. Whilst Collins would be donating and shipping the collection, private donations and public funding would contribute to a restoration of the Alamo site. A building specially created to house the collection would also be erected.

More: Will we ever seen a Genesis reunion?

The Battle of the Alamo was immortalised in film in the 1960 film The Alamo. John Wayne starred as Colonel Davy Crockett and Richard Widmark as Jim Bowie. Whilst a 1950s Disney miniseries with Fess Parker as Davy Crockett is one of the reasons why Collins is so interested in this particular historic event. He said "I've had a love affair with this place since I was about 5 years old. It was something that I used to go and play in the garden with my soldiers."

Collins' reasons for donating the collection are in order to ensure the artefacts are better cared for in the future and so others can enjoy the collection. Collins explained how the artefacts are kept at his home but he is the only one who sees them. He said "It's at my home, in my basement in Switzerland. I look at it every day, but no one else was enjoying it."