Model Trains Keep Collins Away From The Studio 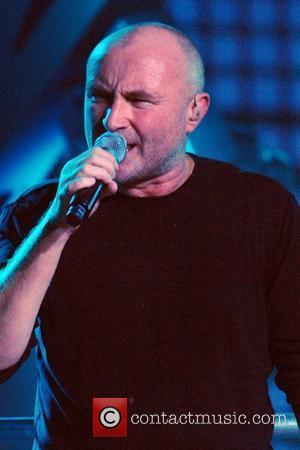 Phil Collins has been forced to put his new solo album on indefinite hold - because he's too busy creating a model railway world at his home in Switzerland.
The rocker insists he won't return to the studio until he's finished creating his sons' train set.
He tells Rolling Stone magazine, "I just got sidetracked with model railroads for the boys - or me, really.
"I'm building a model railroad in my basement. That seems to be an obsession. There really isn't any room for music at the moment.
"I'm sure when the railroad gets close to being finished and I go into my little studio, if something happens I'll keep going with it.
"I have one or two things finished and one or two things that are half baked, but nothing that's even close to being called an album yet."
The Genesis frontman isn't the only rocker with a model railway obsession - Rod Stewart featured on the cover of Model Railroader magazine last year (07).
His massive railway `city', which took him 12 years to create was called "one of the best train sets" editors of the publication had ever seen.
In the accompanying article, Stewart said, "I pity a man who doesn't have a hobby like this one."