Pharrell Williams Set To Pen Children's Book Based On 'Happy'

In a new four book deal, the 41-year-old music mogul will base the first instalment on his award-winning track 'Happy.'

Just when you thought Pharrell Williams' hit track 'Happy' was finally out of your head, the 41-year-old music mogul is bringing back the catchy tune as the inspiration behind a picture children's book he will write. 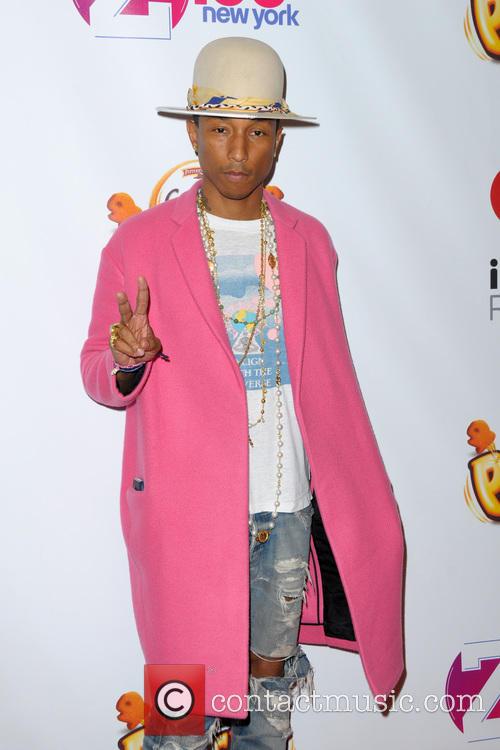 Williams will write a children's picture book about being 'Happy'

Williams has signed a deal with Putnam Books, an imprint of Penguin, to pen four picture children's books for Young Readers, with the first being based on his award-winning track 'Happy,' Billboard reports.

On Tuesday (Feb 17th), Putnam announced that 250,000 copies of 'Happy' will be printed and published on September 22nd. The book is set to feature children from all over the world "celebrating what it means to be happy."

More: Critics of "The Voice's" Star-Making Power Are Missing the Point, Says Pharrell

"I'm humbled by the global success of 'Happy,' but especially in awe of the song's young fans," Pharrell said in a statement. "My collaboration with Penguin allows me to continue a dialogue with these children in a fresh, new way. We're both committed to feeding the curiosity of young minds with imagination."

'Happy' was initially released in 2013 as the soundtrack of 'Despicable Me 2,' which earned an Oscar nomination in 2014 for Best Original Song (Frozen's 'Let It Go' won the award). Williams later made the world's first 24-hour music video for the song and featured it on his own studio album 'Girl.'

More: Pharrell Williams Performs A Rendition Of 'Happy' At The Grammys

During an interview with Oprah Winfrey last year, Williams began to shed a tear after being shown a clip of fans from all corners of the globe doing the 'Happy Dance' to the track. "It's overwhelming because it's like, I love what I do and I just appreciate the fact that people have believed in me for so long that I could make it to this point to feel that," he said.