Pharrell Williams is reportedly the frontrunner to be the new 'American Idol' judge and is ''close'' to signing The Deal. 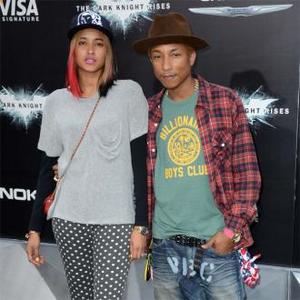 Pharrell Williams is reportedly the frontrunner to be the new 'American Idol' judge.

The N.E.R.D. rapper is said to be ''close'' to signing The Deal and is confident he will land the gig thanks to his close friendships with veteran judge Randy Jackson and new panellist Mariah Carey.

A source told the Los Angeles Times that Pharrell has almost accepted the role and the paper reports: ''Williams will join Mariah Carey as one of the new judges and his relationship with the five-time Grammy Award winner and Idol stalwart Randy Jackson was a factor in his decision.

''Williams is super tight with Mariah and Randy, says our source.''

Following Jennifer Lopez and Steven Tyler's departure from the reality TV show, the music producer has been hotly tipped to join. Meanwhile, Joe Jonas has confirmed he is in talks and P.Diddy is also being considered.

But it seems Pharrell - who recently got engaged to long-term sweetheart Helen Lasichanh - has cleared his busy schedule for his new role and is all set for The Audition stage of the competition.

The newspaper added: ''We're told that he's informed his closest associates that he'll be at 'Idol' auditions later this month.''