Pharrell Williams says he regrets modelling fur for Moncler's new Parisian store but says he will take risks when it comes to fashion. 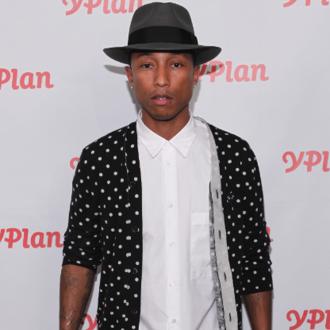 The 'Get Lucky' hitmaker wore a fur headpiece paired with an ankle-length fur coat for a photoshoot which caused a stir with PETA (People for the Ethical Treatment of Animals).

''And just recently I tried on something from Moncler. This crazy jacket. And I regret it because I sympathise with the people who are animal activists.

''I sympathise with their movement and I recognise that people could be impressionable.''

Although the 40-year-old rapper said he'd think twice about modelling fur again, he would take risks.

He continued: ''At the same time, I like fashion. And I don't like being told what to do.

''I especially don't like people who judge because those people who sit around like they're purists on every level, I'm sure you can find a sin there somewhere.

''Don't point the finger. Like, I hope there's nothing leather in your whole entire house.

''And if there isn't, that's cool, but what about what you're driving? Oh, you're not putting any emissions in the air? Oh, OK, cool. Alright, so are you feeding any people? What are you doing with your life?

''So, while I sympathise with their movement, I'ma (sic) take on a challenge.''