Pharrell Williams will be penning four picture books for children based on his song 'Happy'. Here are four other celebrities who have also turned their talents to writing.

Pharrell Williams has recently signed with publishers Putnam Books to pen four picture books based on his single 'Happy'. The announcement was made by the publishing house on Tuesday (17th February) and the first book in the series will be published in September 2015. Yet Williams is not the only celebrity to have branched out into the world of fiction, here are four other famous faces who penned children's books... 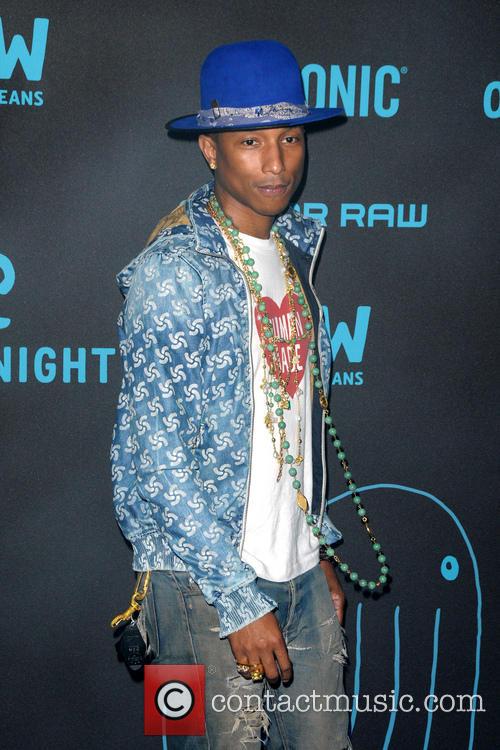 Pharrell Williams will pen four children's books based on 'Happy'.

Billy Crystal - I Already Know I Love You

Comedian Billy Crystal penned I Already Know I Love You in 2004. The illustrated children's story is based on Crystal's own experience of becoming a grandfather. Crystal reportedly wrote down his own feelings about becoming a grandparent before his granddaughter Ella was even born. "One night I wrote down all the things I was waiting to do with my little granddaughter and it became a book, I Already Know I Love You. It was one of those really lovely things in life," Crystal told the Guardian in 2013.

Jamie Lee Curtis - Is There Really a Human Race?

Actress Jamie Lee Curtis wrote Is There Really a Human Race? in 2006. The story, with illustrations by Laura Cornell, asks a number of questions all children want to know. Curtis writes in rhyme, from the perspective of one young boy, and asks such questions as: "Is there really/ a human race?/ Is it going on now all over the place?/ When did it start?/ Who said, 'Ready, Set, Go'?/ Did it start on my birthday?/ I really must know."

David Walliams -The Boy in the Dress, Awful Auntie, The Demon Dentist and many more.

British comedian David Walliams turned his attention to writing children's books in 2008. The hugely successful The Boy in the Dress was very personal for Walliams. Speaking to the Guardian, Walliams explained how he recognised how, for the lead character Dennis, there was always "tension between him liking manly things like playing football and something quite different like reading Vogue." Walliams has continued writing children's books and has recently turned his attention to picture books with his first, The Slightly Annoying Elephant, published in 2013. Walliams' fictional world has also inspired its own fun website where children (of all ages) can play games and find out more about each of his books.

Julianne Moore has penned three books as part of the Freckleface Strawberry series. The red haired actress created a series for children about being different and being accepting of yourself and others. The first book, published in 2008, inspired a musical of the same name.